Going out to sit in a doctor’s waiting room I picked up Lars Iyer’s Dogma to keep me company and, in the few minutes the sadly super-efficient NHS kept me waiting, I was reminded quite how enjoyable it is. Just pitched in to the middle and came up with stuff like this:

When I covered Dogma briefly in my January reading round-up, I said I thought it worked better as tweets or blog posts than a novel. Now I’m not sure. I think it benefits from being on paper – the veneer of respectability it gives – but I still don’t rate it as a novel particularly (though I doubt Iyer is aiming for it to be that kind of novel). It works best as a book picked up and “dipped into” (in that godawful phrase) and put down again. The tantalising thought that all these bits and pieces might coalesce into some kind of fulfilling, developing narrative is present on every page, and is rewarding as such even when you know that no such thing occurs. (The book falls down, as in the American sections, when it looks like things should be happening like they do in more standard, realist novels.)

As such, the book fulfils (too well?) the brief set by Theodor Adorno in his Aesthetic Theory, that “the fragment is that part of the totality of the work that opposes totality”. We are so far gone now in the aesthetic of the fragment that there is great play to be had in evoking a nostalgia for the whole – a nostalgia that Iyer hits squarely time after time.

It’s as if we are so inured to fragmentation that the only way we can enjoy the fragment is by pretending that it’s part of a unified whole, just so that we can live the delicious moment of disappointment over and over again. If that break from the desire for totality is the modernist turn, then might not the postmodern turn be the kitschification of it? That’s what Iyer is doing, giving us poor 21st century wraiths a delicious taste of what it must have been like to be alive, back then, when the great late modernists were dismantling our world around us.

As a result, I think that Dogma benefits from being on paper in the same way that the likes of Steve Roggenbuck’s humorous/inane poetry does, and now when I read the tweets @utterlyspurious I visualise them on paper, as part of a proper book – a book that mourns the impossibility of the proper book – whereas the tweets of @borispasterlike, @george_szirtes and @RicharddeNooy live happily on the screen.

Dogma, in other words, is best read fragmentarily, not as fragments. Let the reader break it up into chunks – it’s what we do, in any case, whenever we underline a favourite bit of a book (and there are plenty of underlinings in my copy of Dogma). Great tweets, on the other hand, are not fragments at all. They are self-contained, even when they are part of a chain, as when @george_szirtes gets on a roll, or @RicharddeNooy goes for a #walk. They are singular utterances, or multiple iterations, but there is something atomistic about them. There is no whole to which they belong, and so no wrench that comes when you realise that the whole doesn’t hold together.

As such, tweets are like aphorisms. I was thinking about aphorisms recently, too, in part because of all the underlinings I’ve been doing in various Great Works, some of which are destined to be quotes in my own (academic) work, and I’ve been worrying over that: what does it mean to quote in an essay – by making use of a part, are you implying the whole? Is the part representative? If you turn a fragment into an aphorism, are you doing damage to the original (let alone to your own essay)? Then I read this in Emily Stokes’s review of the latest volume of Susan Sontag’s diaries:

When Sontag does find a way through [her depression], it is in a kind of creative destruction – a proposal for Notes on Notes, a book on the aphorism, that punchy, provocative mode she had adopted in her youth, and which she had since rejected for the pluralistic vision of On Photography. “To write aphorisms is to assume a mask – a mask of scorn, of superiority,” she writes in her diary, adding that, in the end, “the aphorist’s amoral, light point of view self-destructs”. 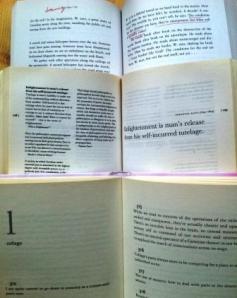 And I tried to track down another line, that I thought was Sontag’s, about how an aphorism is a radically condensed metaphor. As if reading an aphorism is somehow like reading a whole book. (Which obviously is in opposition to Adorno’s fragment, that denies the very possibility of integration into a totality.)

And that reminded me of two other books: Porcupines, a rather seductive philosophical anthology, which prints single lines/paragraphs on the right hand page, and in context on the left, and David Shields’ Reality Hunger, with its run of samples, extracts and fragments that so dramatically fail to add up to an argument.

Here are the two epigraphs to Porcupines:

A fragment, like a miniature work of art, has to be entirely isolated from the surrounding world and be complete in itself like a porcupine. – Friedrich von Schlegel.

The maxim is closed because it is armed. – Roland Barthes.

Well, that’s not how I see the fragment. That’s how I see the aphorism. These are both translations, and who knows what the original of the Schlegel was, but ‘fragment’, in English, is out of frangere (Latin: to break). A fragment is a bit of something. It should have ragged, jagged edges, where you can see how it was torn out of the whole, no matter that that whole was failed.

Put Shields’ book against Montaigne’s Essays (or against the various books he samples) and – bear in mind the etymology – it’s clear that he’s not even trying. Again, it’s all very well to say ‘No Totalities, Fragments Only’, but surely it’s nobler (there, I’ve said it) to come up with fragments in an attempt at totality, at forming an argument, a narrative, then just to throw the pieces up in air in premeditated despair. ‘Ever tried, ever failed’ is an inducement to try, after all.

Which means that, yes, when I read something I like in Porcupines, or in Reality Hunger, I clock the opposite page, or turn to the back, to check the source, not because I refuse to accept it as meaningful without a name attached to it, but because I want to know what that particular person said next, or get at least a whiff of the context. I want it to be a fragment, not an aphorism. A torn off hunk of cake, not a single boiled sweet. 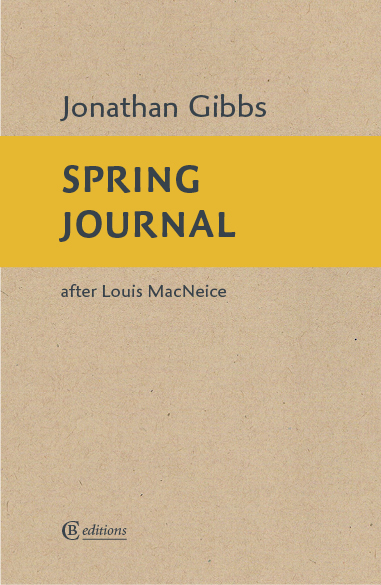 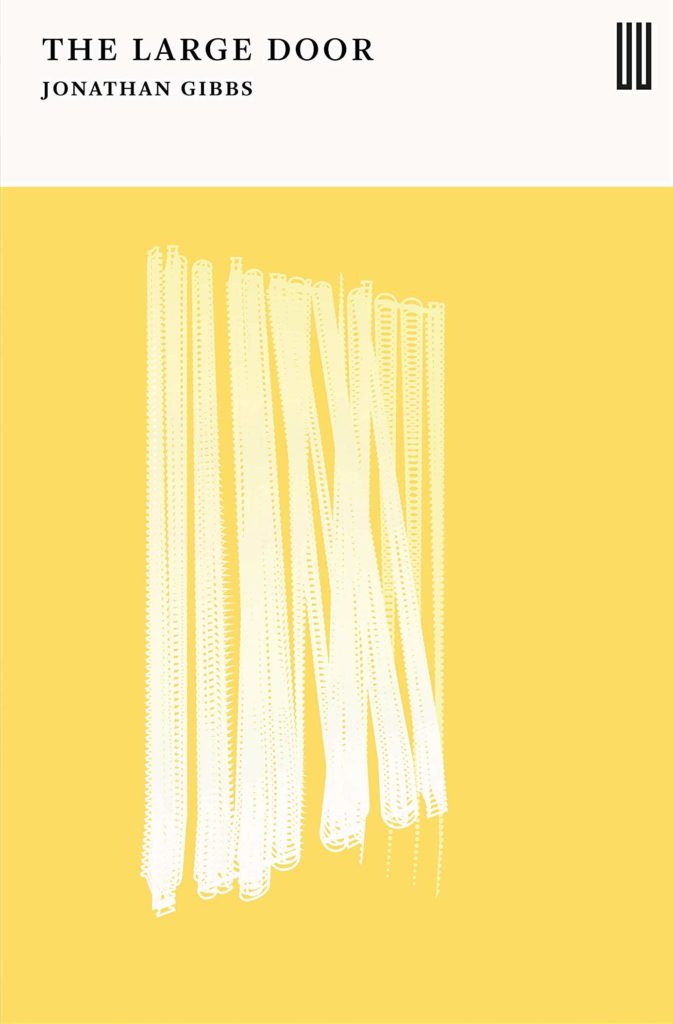 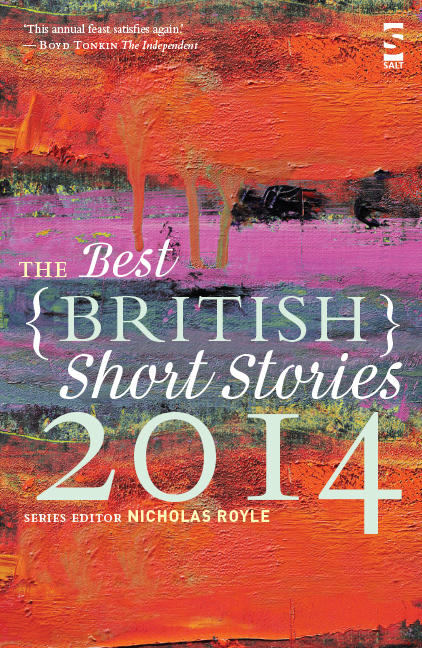