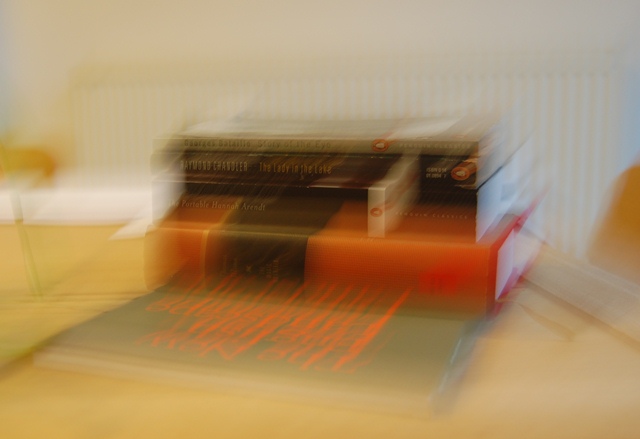 You know those people who reread Ulysses every year? I hate those people. Those with long memories may remember that the book I was reading as 2013 began was Thomas Mann’s The Magic Mountain.

This wasn’t a reread, oh no. This was the same, first read. I just hadn’t finished it yet. Other books had been read in the meantime, of course, and for most of the year I wasn’t reading it at all. But I picked it back up, in November, turned back 50 or so pages, and pressed on.

It’s a slow, hard read, this book, a slow, hard climb. But the views, when you pause and turn and take stock, are jaw-dropping, the flora underfoot often charming, and the intellectual air bracing to say the least.

Set in the years before the First World War, Mann’s novel opens with young, healthy (in body and mind) engineer Hans Castorp visiting his soldier cousin Joachim in a Swiss sanatorium, where the latter is being treated for tuberculosis. The three week visit turns into a temporary and then indefinite stay when he develops first a temperature, and then is found to have “a moist spot” in his chest.

The narration of these three weeks, I feel it must be said – and the author feels it needs pointing out too – takes up over 200 pages, during which there is a lot of talk, a lot of ideas tossed artfully around, much of which is intriguing enough when it occurs, but little of which I could safely summarise for you now. Does this matter? I’m not sure that it does. There has been no point in this book at which I have not wanted to read on; as Mann puts it in his foreword, “only thoroughness can be truly entertaining.”

Foremost among the brilliancies of the book is that Mann is especially alert to the fact and activity of reading; he is constantly concerned with how the novel will appear from the far side of the textual abyss. In the foreword he warns that the story is going to take more than a moment or two to tell. “The seven days in one week will not suffice, nor will seven months […] For God’s sake, surely it cannot be as long as seven years!”

After those three weeks, easily demarcated in the text, time starts to act weirdly, and how long the events of the rest of the narrative are supposed take is never quite clear. Which in fact makes it perfect for this kind of uncertain and extended reading that I have been giving it: reading, in fact, that becomes as cyclical and seasonal as Hans Castorp’s stay in the sanatorium. Up there in the Swiss Alps, in that strange pre-war time (when Weimar Berlin, for instance, was being highly temporally specific) time expands and contracts; it exists in a very different to way to the time in Proust. There, the past is something gone, that must be sought out to be retrieved. Here, the past is never truly past, it floods up and engulfs the present. Time (and illness) is something to be escaped, not found again. END_OF_DOCUMENT_TOKEN_TO_BE_REPLACED

Friday night I went to London’s Koko to see the Wedding Present play their 1991 album Seamonsters, the first time I’ve been to one of these ‘heritage album’ events that have become such a staple on the cultural calendar over the past decade or so. On the one hand it’s just a part of the ongoing need for bands to monetise their back catalogue, on the other it’s a welcome way for long-lived bands (though of course David Gedge is the only surviving member of the band that recorded Seamonsters) to contextualise their long existence. 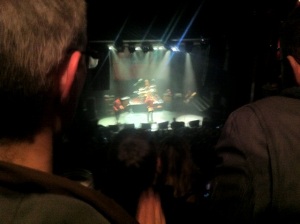 The Wedding Present live on stage, and some 40-something men

And it is this that makes these heritage gigs so fascinating, because they foreground the dynamic that underlies all rock and pop gigs once you’ve got four or five albums under your belt and have to decide how and when in the show to ‘play the hits’. This dynamic, for the fans, is one based not merely on nostalgia, which is a passive emotion, but on an active attempt to recover a lost sensibility – to push through nostalgia to measure the distance travelled from who and how we were, to who and how we are now, and how that reignited passion (the rush of recognition when the first chords kick in) sits differently in us today.

That distance, of course, is made manifest by the presence onstage of the band members, or in this case singer, who are there no longer as avatars of youth and rebellion, but of middle-age and, if not obstinacy then certainly perseverance. The reasons to be a pop star or indie musician or whatever at 18 are obvious; to be so at 25 or 30 (Gedge’s age when he recorded Seamonsters) understandable; to be so at 45 or 50 (his age now) far more complex.

Why does he do it? Because he is still ‘hungry’? Because it’s his only viable livelihood? Or because we need him up there, we call him up, like some lifesize voodoo doll, to perform for us the strange, culturally-specific ritual dance of lost youth reanimated? END_OF_DOCUMENT_TOKEN_TO_BE_REPLACED